A black CPS prosecutor talks about why she’s angry but hopeful too right now.

Karen Renshall is hurt, angry and sad but she’s also inspired and is reaching out to others and keen to join in a conversation.

Black American George Floyd was killed by a white police officer on 25 May 2020. The pictures of the officer kneeling on Mr Floyd’s neck and him crying out that he couldn’t breathe went around the world and sparked a resurgence in the Black Lives Matter movement.

Karen, a prosecutor in CPS Mersey Cheshire, said: “When George Floyd was killed, it hit me really hard. I felt a whole range of emotions. Anger, grief. I needed to talk to other people about this and to know that I wasn’t alone in how I was feeling. I have four children including a black son and daughter who are 20 and 21. I felt particularly worried about my son.

“I was worried about the dangers he might face out there. I had to have some difficult conversations with him and my daughter about what they might be confronted with. I didn’t want to put racist language and thoughts into their head but we had to talk about it. I told both of them that if they suffered racism they should tell me. I talked to my son about what he should do if he’s ever stopped by the police. He’s a good boy, but I told him it was important to be polite and respectful if he was pulled over. I just wanted them to be aware that they might be treated differently because of their colour and how they should react to that.”

Karen said her son had only recently got a car but had already been stopped by the police a couple of times. She said the death of George Floyd made her think of just how many black people had died in a similar way. She felt she needed to express how she was feeling and talk to others about it and feel comfortable talking to others.

“Some white people feel uncomfortable when you talk about racism. They say ‘you’re playing the race card’. I don’t understand that. It’s a much bigger issue. I’ve never suffered racism in my time at the CPS – well, none that I’m aware of. I wanted to talk to my colleagues about how I was feeling but wasn’t quite sure about how to do it. I spoke to our Chief Crown Prosecutor, Siobhan Blake and she was great. Really supportive. But some people can sort of get bored with the subject. They want us to forget about it and move on. But its everyday life to us. How can we forget we’re black?

“I also think it’s not just about us explaining how we feel to white people. I think they should make the effort and the time to understand it for themselves. It’s all about education. That’s how we’ll get change. From what I remember of my school days we learned mostly about white history. We didn’t learn about characters like Martin Luther King. We need to be taught about the journey we’ve been on. I also think it’s really important that the CPS gets out into schools and talks to young people about how we work and what we’re doing to make our workforce more diverse to reflect the communities we serve.”

“I’m mixed race, but I see myself as black. I hate the word ‘coloured’. It knocks my stomach. And I’m a woman. For a black woman to progress is hard. I want to see more people who look like me in professions and within the CPS itself. 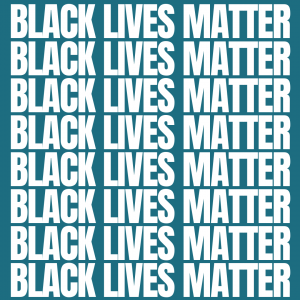 “I dialled into the National Black Crown Prosecution Association (NBCPA) call recently and found it all so moving.

“Around 130 people dialled in to talk about all sorts of things, but particularly our reactions to the Black Lives Matter movement. It was really nice to see other people who looked like me! It was great too, to hear so many people who’d been feeling the same as me. Some CPS Areas are much more ethnically diverse than Mersey Cheshire but we need more. The NBCPA’s slogan is ‘challenge, educate, change’ and I advocate that too.”

Karen said the CPS chief executive Rebecca Lawrence joined them on the call.

“She was great. She was going to leave the call earlier as she had another meeting but she stayed on as she felt it was so important.”

Karen called on as many people as possible to join the NBCPA – membership is not based on ethnicity and the NBCPA welcome a variety of points of view. She said she’s determined to keep the momentum up and to keep talking about how she feels and how things can change.

2 thoughts on “Interview with Black CPS prosecutor on racism”