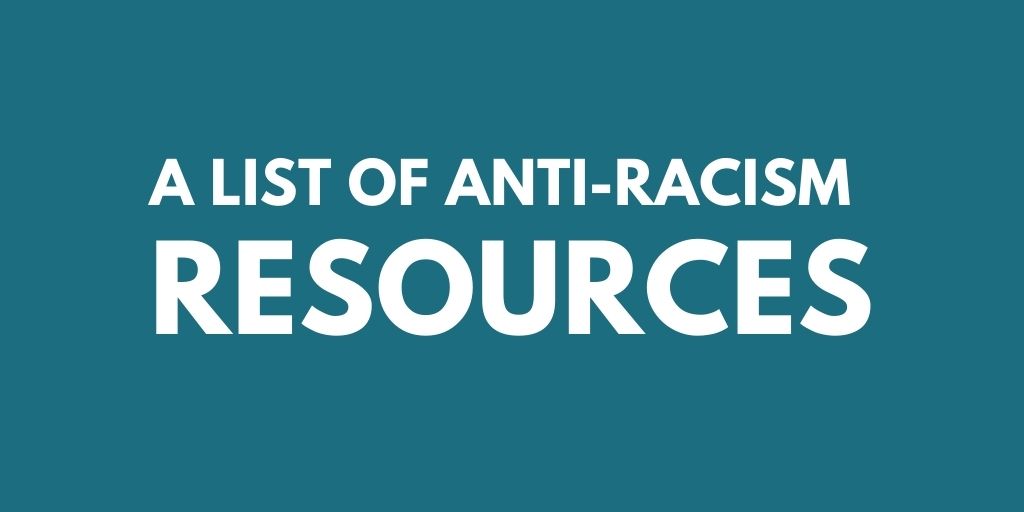 This list of anti-racism resources has been compiled by the National Black Crown Prosecution Association and will be updated regularly. It has been created for our colleagues and members of our wider communities on how to be anti-racist. These resources include organisations, books, podcasts, articles, and films.

The list below is not an exhaustive list and some of the resources may not be new to you. If you have drawn great inspiration from a resource not listed below, please let us know so that it can be shared below.

NBCPA’s How to Be an Ally article

Kimberle Crenshaw writes about demarginalizing the Intersection of Race and Sex

Your Black Colleagues May Look Like They’re Okay, But They’re Not By Danielle Cadet

Don’t understand the protests? What you’re seeing is people pushed to the edge by Kareem Abdul-Jabbar

My White Friend Asked Me on Facebook to Explain White Privilege. I Decided to Be Honest by Lori Lakin Hutcherson

You shouldn’t need a Harvard degree to survive birdwatching while Black,” by 17-year-old and 2019 Oakland youth poet laureate Samuel Getachew

What is Racism? Racism defined

So You Want to Talk About Race by Ijeoma Oluo

White Fragility: Why It’s So Hard for White People to Talk About Racism by Robin DiAngelo

Black and British: A Forgotten History’ by Henry Olusoga

The New Jim Crow: Mass Incarceration in the Age of Colorblindness by Michelle Alexander

Race Against Time: A Reporter Reopens The Unsolved Murder Cases of the Civil Rights Era by Jerry Mitchell

Me and White Supremacy: How to Recognise Your Privilege, Combat Racism and Change the World by Layla Saad

Natives: Race & Class in the Ruins of Empire by Akala

Born a Crime: Stories from a South African Childhood by Trevor Noah

Waking Up White, and Finding Myself in the Story of Race by Debby Irving

I’m Still Here: Black Dignity in a World Made for Whiteness by Austin Channing Brown

How to Be An Antiracist by Ibram X. Kendi

Why Are All the Black Kids Sitting Together in the Cafeteria?: A Psychologist Explains the Development of Racial Identity’ by Beverly Daniel Tatum

Slay in your Lane: the Black Girl Bible by Yomi Adegoke and Elizabeth Uviebinené

The Good Immigrant by Nikesh Shukla

Their Eyes Were Watching God by Zora Neale Hurston

The Fire Next Time by James Baldwin

I Know Why the Caged Bird Sings by Maya Angelou

Brit(ish): On Race, Identity and Belonging by Afua Hirsch

Body and Soul: the Black Panther Party and the fight against medical discrimination by Alondra Nelson

We are not like them by Christine Pride and Jo Piazza

Having difficulty pronouncing a name? – In this video, writer and TV host Amber Ruffin talk about the importance of getting names right.

The difference between being not racist and an antiracist – In this video, author and historian Ibram X. Kendi says there is no such thing as being “not racist”.

Chimamanda Ngozi Adichie: The Danger of a Single Story – Novelist Chimamanda Adichie speaks about the dangers of telling a single story about another person or country and the risks it creates.

The Anti-Racism Experiment That Transformed an Oprah Show Audience –  Audience members experience racism firsthand when they are divided into two groups: blue eyes and brown eyes as part of an experiment.

Racism has a cost for everyone – Public policy expert Heather C. McGhee speaks about how racism doesn’t just affect people of colour but it affects everything including the economy.

Privilege/Class/Social Inequalities Explained in a $100 Race

Dolapo is Fine – a short film about a young Black woman who faces pressure to change her name and natural hair.

Hidden Figures – The incredible and inspiring story of three female African-American mathematicians at NASA. Available to rent on Amazon Prime.

Black and British: A Forgotten History – Historian David Olusoga explores the enduring relationship between Britain and people whose origins lie in Africa.

Unsaid Stories (ITV) – A series of short films exploring racism in all its forms with a glance at its less discussed cousin, unconscious bias.

Time: The Kalief Browder Story – This Netflix series recounts the story of 16-year-old Kalief Browder who was accused of stealing a backpack. Despite not having been convicted, he spent three years in custody in Rikers Island.

The Hate U Give (rent on Amazon Prime) – This drama stars Amandla Sternberg as a teenager who witnesses the fatal shooting of her childhood friend.

Black, White and Us (Amazon Prime) – This documentary follows the journeys of four white families who adopt African American children and addresses whether there is a way to fix the racial divide.

Just Mercy (rent on Amazon Prime) – This film tells the true story of a young lawyer defending a man sentenced to death despite the existence of evidence that proves his innocence.

A New Color: The Art of Being Edythe Boone (Amazon Prime) – This documentary follows the fearless activist as she tackles poverty, racism and inequality with a paintbrush.

When They See Us (Netflix) – This four-part miniseries tells the very real story of what became known as the ‘Central Park Five’ – 5 young and innocent men charged with the assault and rape of a Central Park jogger.

Seven Seconds (Netflix) – This film tells the story of a 15-year-old black cyclist who dies after being struck by a vehicle driven by a white police officer, in a hit-and-run accident. The incident leads to elevated racial tension in Jersey City and pursuit for justice.

American Son (Netflix) – This film starring Kerry Washington details the search for a missing teenage son and the issues that exist within law enforcement.

13th (Netflix) – This 2016 documentary investigates the history of racial inequality, with a specific focus on the fact that the prison’s in the United States house a disproportionate number of African Americans.

Dear White People (Netflix) – This series is based in Winchester University, a college largely attended by white people. It follows the experiences of several students of colour as they navigate what assumes to be a ‘post-racial’ society.

If Beale Street Could Talk (Amazon Prime) – This award-winning film tells the story of a couple’s struggle when one of them is arrested for a crime that they did not commit.

12 Years a Slave (Netflix) – This award-winning Steve McQueen film follows the story of a man promised a job but in fact sold into slavery.

MudBound (Netflix) – This 2017 film with a 97% Rotten Tomatoes rating illustrating the struggle against prejudice and discrimination in the Jim Crow South.

See You Yesterday (Netflix) – This is a science fiction film where two teenage prodigies use their unfinished time travel machine to save a murdered older brother.

All Day and a Night (Netflix) –  This story follows a young man who commits a homicide and has to deal with the repercussions of his actions.

Self Made: Inspired by the Life of Madam C.J. Walker (Netflix) – A true story about the first African American self-made millionaire starring Octavia Spencer.

Becoming (Netflix) – Becoming is a documentary about former First Lady of the United States of America, Michelle Obama.

#blackAF (Netflix) – This is a single season mockumentary discussing parenting and relationships.

LA 92 (Netflix) – This documentary covers the turbulent aftermath following the verdict of the trial of Rodney King in 1992. Mr King was the victim of police brutality inflicted by the LAPD after a high-speed police chase.

The Innocence Files (Netflix) – This 2020 documentary relays the work of the Innocence Project as well as the experiences of eight wrongfully convicted people.

Two Distant Strangers (Netflix) – A man trying to get home to his dog is stuck in a time loop where he relives a deadly encounter with police.

Underground Railroad (Amazon Prime) – Based on the award-winning novel by Colson Whitehead, this Amazon series follows the story of Cora and her journey to break free from slavery.

Monster (Netflix) – A 17-year-old film student fights for his innocence when he’s charged with a murder.

Show Racism the Red Card – An anti-racism educational charity founded in January of 1996. Some of the educational resources produced by this charity include films featuring prominent football figures such as Harry Kane, Eni Aluko and Ryan Giggs.

Stand Against Racism & Inequality (SARI)– SARI describes itself as ‘a service user/community-oriented agency that provides support and advice to victims of hate and promotes equality and good relations between people with protected characteristics as defined by law.’ It was founded by United Housing Association, a Black and Minority Ethnic housing provider.

Stop Hate UK – An organisation serving communities by challenging any and all forms of Hate Crime and discrimination. It started in 1995 following the murder of Stephen Lawrence, relaunching as Stop Hate UK in 2007 in recognition of the many ways in which hate crimes are perpetrated.

Stephen Lawrence Charitable Trust – Set up following the murder of black teenager Stephen Lawrence “to tackle inequality in all forms” and “work with young people from disadvantaged backgrounds aged 13 to 30 to inspire and enable them to succeed in the career of their choice.”

Everyday Racism – Resources on how to be anti-racist.

The Stoop – Hosted by Leila Day and Hana Baba, the Stoop explores blackness, race, and identity.

Witness Black History by BBC World Service – Featuring interviews with people who were during pivotal black and civil rights history.

The Code Switch – Focusing on themes of race, ethnicity, and culture and how they affect everyday life.

I am not my hair – India Arie 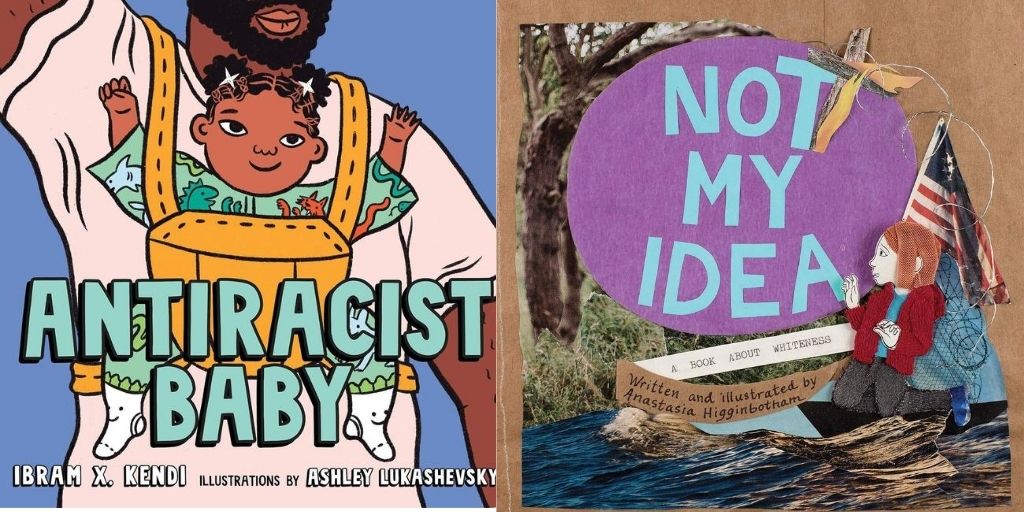 Not My Idea: A Book About Whiteness by Anastasia Higginbotham

Daddy Why Am I Brown? A healthy conversation about skin color and family by Bedford F. Palmer

The Story of the Windrush by K.N. Chimbiri

Daddy, do my hair by Tola Okogwu

Black is a Rainbow Colour by Angela Joy

A Big Bed for Little Snow by Grace Lin

A Kids Book About Racism” by Jelani Memory

A is for activist board book

All are welcome by Alexandra Penfold

Anti-Racism and Allyship in the Workplace: A Brief Guide – A toolkit outlining how individuals can be effective allies at work.

Antiracism course – This resource is ideal for those who want to ‘practice bold allyship and end racism in the workplace.’

Race, ethnicity and crime – A free course examining the relationships between race, ethnicity, crimes, and the criminal justice system.

Five free online courses from Ivy League schools to educate yourself on race and America’s long history of injustice.