In this thought-provoking article, Pupil Barrister Rachel Bailey writes about her experiences as a Black woman in the UK. 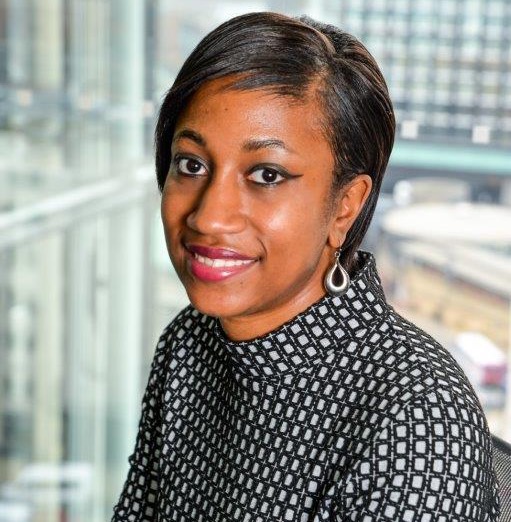 At some point, every Black child must have the ‘talk’: that being, that the world does not view them as equal to their peers and that they will have to work twice as hard to be considered half as good. For me, this was at six years old. I was bullied simply for being Black, and this was just the start of the continued racism and discrimination I face over my life.

While in school at 15, we had to plan a budget for your ideal life with the salary of your dream perfect job. I’ve wanted to be a criminal barrister since the age of 12, so naturally, this was my baseline. However, my teacher said I should be ‘realistic’ and use the specification for a job “I would actually have in the future.” She gave me the details of a McDonald’s worker. My refusal to do so was met with disdain and condescension, publicly telling me “not to bother as it would not happen for me.” She only gave such words of discouragement to my table, the only table with children of colour. As an A* student, this was insulting and blatantly racist.

I could chronicle all the instances of racism I have experienced in the UK; whether it is having hateful racial slurs shouted at me in the street to being physically pushed by a security guard out of a nightclub queue when I challenged the racial profiling. I have had an interviewer verbally express her surprise and disappointment, after calling out my name and seeing I was Black. I have been on a date, and the man felt it was perfectly acceptable to say “my parents would be devastated if I brought home a Black girl.” Imagine I dared to say the reverse. In January 2020, when dining at a Michelin Star restaurant, I was asked by another guest if I was either ‘a pop star or an athlete;’ implying that that was the only conceivable way I could afford to be in such an establishment.

I was born in the 90s, and I am ashamed to say that the UK has not progressed as much as it should have or even claims to have. My experiences do not stop here; I have to be extra vigilant and mindful of how other people see me when travelling. I often experience people trying to touch my hair because it is different to theirs. To some, this may seem trivial, but no one has the right to touch me without my consent, it’s demeaning. These are the micro-aggressions we live with every day.

It is exhausting living with these micro-aggressions as a Black woman in the UK, as too often I find myself having to justify my very existence. This takes many forms, from being questioned as to how I could possibly live in the area I do. The underlying tone is that as a Black person I could not afford to live in an affluent area. It is being followed by security guards in shops; the point being that I must be planning to steal something. I am usually assumed to be support staff at a law firm, because looking at me I could not possibly have obtained a law degree, let alone passed the Bar. This exhaustion is further compounded by having to justify that these experiences are racist. When relaying a story, I am questioned, even patronised, with “are you really sure it wasn’t something else? Perhaps you are overreacting or misinterpreting it.” No, I am not, and I should not have to explain myself. If you have never experienced racism, then please do not question our experiences; sadly, we are too familiar with it. I know micro-aggressions and overt racist remarks when they happen. When you experience racism, you feel it with every fibre of your being; it is soul-destroying. It is a pain that many are privileged to never experience or ever truly comprehend. So please, if we tell you we suffered racism, believe us. Rather than try to deny or explain it away, consider how we can erode it in society.

Had I been a different child, without the unwavering support and a sheer determination that could not be broken, those disparaging words by my teacher and messages from the wider society may have turned into a self-fulfilling prophecy. I am aware that this is not the experience of everyone, for many, negative and damaging comments from teachers diminish their confidence and can lead them to disengage with education. It is, therefore, no surprise that Black people are underrepresented at university, in boardrooms and other professions.

In my professional life, as a young Black northern woman, I am underrepresented amongst colleagues, at the bar and among the judiciary. This made an already challenging search for pupillage tougher than it should have been. Black people are, however, overrepresented in ‘low skilled jobs’; the high number of Black, Asian and minority ethnic deaths throughout the COVID-19 pandemic highlights this. We make up approximately 3.3% of the population, but 12.7% of the prison population. Further Black people are 53% more likely receive a custodial sentence for an indictable only offence, and Black men are 26% more likely than white men to be remanded in custody.

Racism is more insidious than COVID-19, and we have been the victims of systemic and institutional racism for many years. We live with this threat and therefore are alive to it because we do not have a safe space to simply exist. Racism is so ingrained into the fabric of the UK; we live with this intergenerational trauma. This is exacerbated by the racist rhetoric spewed by the far right.

Sadly, my experiences are not unusual or infrequent but illustrate the inequality, insensitivity and racism we experience.
Racial inequality is not limited to the United States and the horrific instances of police brutality we see. The UK condemns global racial inequality but ignores the fact that it still exists on its doorstep. When we call out other countries but fail the Windrush generation after inviting them to come to the ‘Mother Country’, we are forgetting that there are lasting repercussions of colonising the world. We have been stripped of our fundamental rights, to know where we come from, (I cannot trace my family tree further than a slave plantation, and we have done the painstaking work) and to be treated as true equals. We must stand in unity with the global community, but we must deal with the issues and racial inequalities in the UK, and not pat ourselves on the back because “at least we are not as bad as the United States”.

When the Manchester bombings happened, we all stood with Manchester; no one said we stand with all cities. But for some perverse reason if someone says “Black lives matter”, it turns into an all-inclusive “all lives matter.” This is not an either/or proclamation. We never have nor will we ever say white lives don’t matter, but all lives truly cannot matter until Black lives do. We want equality in the UK, US and the world, so this should not be seen as a threat. Remember, white privilege does not mean your life hasn’t been hard; it just means that your skin colour isn’t one of the things making it harder.

Incidents in the Life of a Slave Girl, By Harriet Jacobs, 1861.