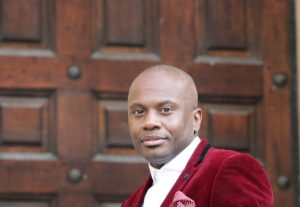 On May 25, 2020, George Floyd, a 46-year-old Black man, was arrested by police officers who held him down, choking him for several minutes until he became unconscious and died.

What followed was a nationwide and global protest over how the Minneapolis Police Department handled Mr Floyd’s arrest and the increasing number of deaths of Black people in the USA since 2015.

People began to speak out in the UK about systemic racism and began to push for a fairer society. All these brought back painful memories of Stephen Lawrence and the effects of the Stephen Lawrence Inquiry and the resulting Denman report, which led to the birth of the NBCPA.

The past year has been challenging for many Black people dealing with the emotional trauma of Black deaths by racism. Many of us have lost friends on social media and even changed our interaction with others; simply because they do not recognise our pain and choose not to listen.

Although I cannot speak for other organisations, the Crown Prosecution Service has actively listened to its staff during this period. Our senior leaders have shown they care about these issues, highlighting that racism will not be tolerated.

The NBCPA hosted a virtual meeting with Chief Executive Rebecca Lawrence with nearly 140 people in attendance where Black and minority ethnic colleagues shared their lived experiences and discussed inclusion in our workplace.

The CPS also ran a series of Race Confidence webinars throughout the year to help staff understand and challenge all forms of racism, and in October 2020, we celebrated Black History Month across the organisation.

Although we have much further to go and not be complacent, the death of George Floyd has prompted meaningful conversations about racism, and prejudice, and our individual commitments to diversity and inclusion.