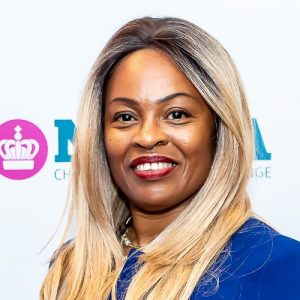 One year on from the murder of George Floyd, various colleagues share their reflections of the last year, from Mr Floyd’s death to the Black Lives Matter uprising and Derek Chauvin’s murder conviction.

George Floyd’s murder in public by the police in America was a global turning point concerning how power and racism intersect with terrible consequences.

The video of this death didn’t just show Mr Floyd’s murder. It showed the murder of my dad, my son, my brother, my nephew, my husband, my friend or my neighbour without consequence.

In October 2019, the NBCPA hosted a conference that brought together ethnic minority professionals who worked across the criminal justice system. The conference confirmed that your professional status, money and education provides no insulation against racism, hatred and hostility.

The criminal justice system is a microcosm of the world it swears to protect. CPS colleagues are committed to uphold the law and provide all communities with fair and equitable access to justice. But we must stop the complacency.

The racial abuse, unfairness and hostility that I have experienced as an employee of the CPS have been caused by the following: words, deeds, unobjective choices, discretion used to implement or ignore policies, practices, withdrawn opportunities, delays, jokes, innuendos, myths, stereotypes and not being given the benefit of the doubt.

People think that ‘racism’ can be put in a small box labelled ‘nothing to do with me because I am not one of them’.

The self-gratification of those who hate can never be satisfied by a single target for their hostility. The haters will come for everyone in the end. Women have seen that they, too, are no longer safe from hatred and animosity. The CPS and police have seen their fair share of violent offences committed by their employees against vulnerable victims.

Mr Floyd’s death reminds us all that we have an essential role in shaping and changing the culture within which we live. We must all ensure that justice is not just seen to be done; it must be done. We need to adopt an antiracist approach toward delivering our services and calling out hate, hostility, and injustice wherever it lingers. Equality and justice are a tide that raises all boats.