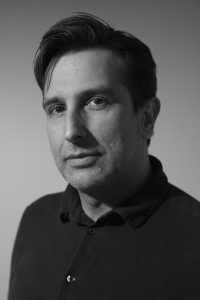 My first reaction as the news of George Floyd’s murder filtered through was simply ‘Not again’. Memories of all the black people killed by police, and under-reported by a seemingly indifferent news agenda came back and, while saddened, angry and shocked, I was not surprised. Either by the murder itself or the reaction from the establishment.

I went through a range of emotions, particularly as the news was compounded by the killing of Breonna Taylor in her own home. I condemned the culture that allowed this to happen and the dismissal of the people who protested by the US government at the time as ‘domestic terrorists’.

However, it didn’t take me long to stop looking so far from home. I felt sickened by the readiness with which people would post ‘All Lives Matter’ on social media, but heartened by the numbers of people willing to stand up and call it out.

I’d like to thank the people who shared their stories past and present. I used to be quite proud of my anti-racist credentials, but this was the kick I might have needed to get out of the comfort zone.

Racism is hidden in plain sight, with little insidious attitudes and ignorance perhaps as damaging as serious hate crimes. ​

I do feel a sense of cautious optimism as the world took notice, and the likes of Derek Chauvin found themselves increasingly isolated.

One thing I know about the news and public opinion agenda is that themes and stories ebb and flow. We mustn’t let this slide out of our consciousness. As long as people posting overtly racist opinions are referred to as ‘right wing influencers’, we must continue to call out what we see.

I have never experienced any form of discrimination in my life. Sometimes it is difficult to understand how to be a force for change, let alone ask. This past year has taught me that if you think you’re doing enough, there are probably another few levels to go.