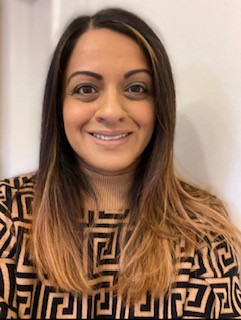 When I was first made aware of George Floyd’s death, my immediate thought was that this was another incident in a long history of Black people dying during or following encounters with White police officers.

It’s been a year since George Floyd’s tragic death; for me, the guilty verdict was the absolute correct verdict. A momentous verdict. It brought tears to my eyes, but I felt that justice was served.

George Floyd cannot be brought back, but his family and friends should be proud of their courage in calling for justice. They showed great strength and perseverance. They have been finally vindicated and George Floyd; you can rest in peace now.

George Floyd’s death reverberated worldwide; the horrific video of George being killed by a knee against his neck sparked mass protests globally and inspired millions to speak out against the injustice witnessed. It was not right that it took a family losing a son, brother and father for justice to be delivered.

For the phrase ‘I can’t breathe’ trending across social media, on posters, on t-shirts, on signboards, calling for an end to police brutality and demanding social justice. Millions of people worldwide protesting to be seen, to be heard in their fight against injustice and challenges that many of them would most likely encounter themselves in their daily lives.

We shouldn’t have to be saying that it is not ok for daily injustices to be carried out against the Black community because of the colour of their skin.

We should not be living in a world where we turn a blind eye to the injustices that go on in the world just because they may not affect us or concern us. Imagine if that happened to you or your family member.
We should not be living in an era where we need to have hundreds of protests to say it’s not ok to tell the world that it is not ok; if so, humanity has failed.

A year on has shown me that it is important to stand up for what we believe in no matter how scared we are. To collectively speak out against injustices we see across the world. But most of all, it is important to raise awareness, speak out, be a voice by whatever small steps you can take. You may think that it won’t make a difference, but even if you reach one person, you have made progress, and it is a start.